Nerina Weiss is senior researcher at Fafo Institute for Labour and Social Studies. She holds a PhD in social anthropology (University of Oslo 2012), and worked as a Marie Curie IE Fellow at Dignity-Danish Institute against Torture from 2011 to 2013.

Much of her academic and applied research has focused on citizen-state relations, which she explored through a focus on political violence and migration, radicalization, as well as torture and trauma.

Regionally she has worked in the Mediterranean and Middle East, with extensive fieldwork experience from Cyprus and Eastern Turkey, as well as from Denmark, Norway and Austria. She is the co-editor of “Violence Expressed: An Anthropological Perspective” (2012 Routledge). 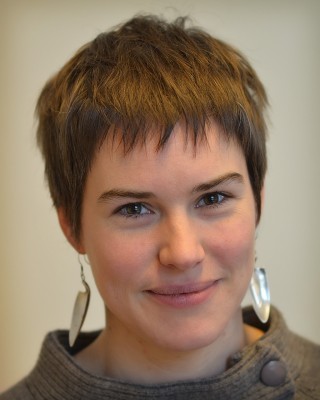 Good radicals? Trajectories of pro-Kurdish political and militant mobilisation to the wars in Syria, Turkey and Iraq Critical Studies on Terrorism

The trauma of waiting: understanding the violence of the benevolent welfare state
Open access

The Many Layers of Moral Outrage: Kurdish Activists and Diaspora Politics
Sammendrag / Abstract

On Blurriness and Boundaries
Les mer / Read more at Routledge

When Spheres collapse: conflict, gender and perceptions of belonging in a Kurdish Community

Tense Relations: Dealing with narratives on Violence in Eastern Turkey

Review of Alisse Waterston (ed), An Anthropology of War. Views from the Frontline

The future of resettlement: vulnerability revisited

Evaluating the quality of asylum interviews

To hear children in deportation cases

Children and youth in immigration

Slippery Suffering? A comparative ethnography of the encounter between survivors of war and the Scandinavian welfare states