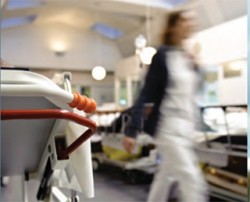 Permanent employment is the main rule for employment in the Norwegian working life. But there are alternative affiliations. Fafo has studied exceptions from this main rule in a number of projects. These projects concern fixed term jobs, temporary agency work and zero-hours contracts.

Fafo monitors the development related to forms of employment contracts and how these change over time. What is the extent of the use of fixed term contracts? What characterizes the growth in the temporary work agency sector and how does this growth relate to major changes in the Norwegian working life in recent years? Why do employers use alternatives to permanent employment and what are the consequences for the employees in question? We are also looking at how legislation and regulation though collective agreements may affect the various types of contracts and affiliations.

Temporary employment is a much debated issue. The controversy is whether or not this form of employment contract acts as an entrance to permanent employment, or if it results in more extensive periods of uncertainty. In continuation of this discussion, a question raised is whether temporary employees to a greater extent than others are recruited into jobs of low quality, i.e. jobs that only to a limited degree is developing and/or is characterized by poor working conditions.

Employers may solve the need for flexibility by the use of temporary work agency contracts or by outsourcing the work to subcontractors. Thus, a substantial number of employees are not employed at the workplace where they actually perform their work. The temporary work agency industry has increased markedly during the decade since the EU enlargement in 2004, and now includes occupations and industries that previously did not use such contracts. Many temporary hired employees are migrant workers. Thus, the discussion about temporary agency work has also revolved around labor migrants working conditions. Norway, as a consequence of the EU Directive on Temporary Agency Work, has applied new rules for contract labour, and there is a large interest in monitoring how these rules will function.

The impact of institutions on mobility, labour adjustments and cooperation in the Nordic countries
Fafo-report 2013:56

Stepping in or stepping out? Immigrant women at work in Norway
Les mer om boka / Read more at Policy Press

A case study of temporary work agencies in the Norwegian construction sector – a growing informal market beyond regulation?
Transfer
Link

Temporary contracts, employment trajectories and dualisation: a comparison of Norway and Sweden

Employers’ use of fixed-term contracts across industries in Norway and Sweden
Does regulation matter?