Forskere på Fafo: Mona Christophersen “Closure” is Israeli restrictions on Palestinian movement of persons or goods across the border between the West Bank or Gaza Strip and Israel, and also internally within the Occupied Territories. 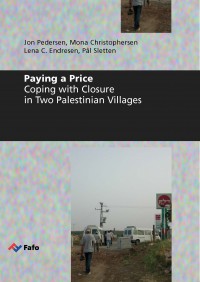