This chapter examines how the migration of a 'pre-crime logic' from the 'war on terror' to the 'war on bikies' has led to a widening gap between new forms of policing and traditional expectations of the criminal justice system. It illustrates how the Australian approach to outlaw motorcycle gangs (OMCGs) coincides with trends post 9/11 2001 that give police and security intelligence agencies increasingly extensive powers. The chapter focuses on how the multi-agency and multi-jurisdictional approach to OMCGs affects internal status hierarchies within police and intelligence agencies, as traditional forms of policing OMCGs are replaced by novel kinds of skills and mind-sets. It begins with a general description of law enforcement in Australia, and the coordinated effort to target OMCGs across state, territory and Commonwealth jurisdictions. The chapter discusses the rationalization of an anti-terror control order regime as the model for new response to OMCG, and the consequences resulting from this. 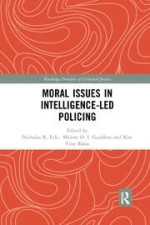