The transition from apartheid to democracy in South Africa was dramatic in more than one sense. At the political level, the transition made headlines all over the world and raised questions and hopes for remaining authoritarian systems around the world. But also to academia, the transition was traumatic, unexpected and challenged “old-established truths”. Rather than focussing on structural changes, economic growth, or international sanctions, this doctoral thesis focuses on the contribution of civil society, the trade union movement and particularly the Congress of South African Trade Unions COSATU in the struggle towards democracy in South Africa. 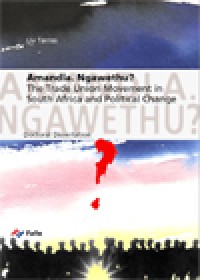