What constitutes unacceptable economic activity in a war zone? What should communities, companies or governments reasonably expect in terms of economic behaviour in situations of conflict? Commercial secrecy and the fog of war make these difficult questions to answer, but the interests of governments, companies and affected communities make it imperative that we try.

Commerce or Crime? looks at the phenomenon of conflict trade and suggests a way forward. The report presents a framework for the analysis of economic activity in war zones, analyses the politics of attempts to regulate the problem and argues for a normative approach in building policy and law to deal with the worst abuses. 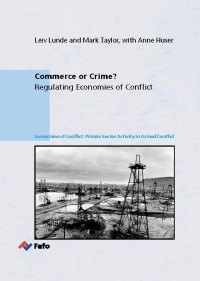