The reform period in Russia has not only entailed a series of challenges to social and economic policy, but has also cast new light on the sins of the past. The population has lived through nearly seven years of economic transformation, political turmoil and social upheaval. Nevertheless, in many spheres of life the legacy of the Soviet period continues to influence the lives of people all over Russia. One such sad legacy is the state of the environment in several regions, where people depend on polluting and sometimes dangerous industrial installations for their livelihood.

This report presents the results of a survey covering a representative sample of major population centres on the Kola Peninsula. The report consists of two separate parts. Part I contains an analysis of the living conditions of the Kola population and describes the changes which have occurred in these conditions during the period 1992 - 1997. The report describes demographic factors, employment, income distribution, education, housing, health and migration. Part II of the report is an analysis of the population’s knowledge of, perception of, and attitudes to various environmental hazards, with particular focus on radiological emergencies involving nuclear installations of which there are many on the peninsula. The report presents a number of conclusions with implications for disaster preparedness in the case of an accident involving the release of radioactivity to the atmosphere occuring in this region.

The survey described in the report was carried out in April-May 1997 as a cooperative project between The University of Oslo, The Norwegian Radiation Protection Authority, Fafo - Institute of Applied Social Sciences and Murmansk Regional Committee of State Statistics. 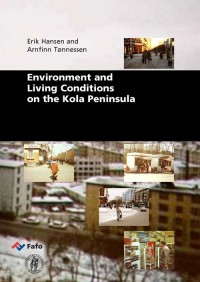