With a right to blow the whistle. But does it help and is it sensible?
...men hjelper det, og er det lurt?
Sissel C. Trygstad

Forskere på Fafo: Sissel C. Trygstad Legislative protection for whistleblowers came in to force through the Norwegian Working Environment Act (WEA) in January 2007. How familiar are Norwegian employees and managers with the legislation? Is it safer to blow the whistle after the legislation came in to force, and have Norwegian enterprises established whistle blowing procedures at the workplace, in accordance with section 3.6 of the WEA? These are some of the questions discussed in the report, which analyzes data from a survey of 6000 employees in the private and public sectors in Norway. 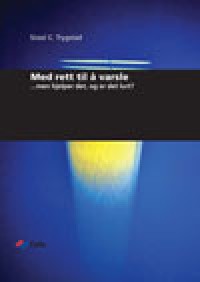