How do Estonians, Latvians and Lithuanians view and respond to the changes that have taken place in their living conditions over the last five years? Better or Worse? presents results from nation-wide and representative living conditions surveys that were conducted simultaneously in the three countries in the autumns of 1994 and 1999. The surveys cover a variety of living conditions dimensions, such as economic resources, health, housing, employment and working conditions, education, crime and social contacts. Although acknowledging achievements that have been made in these countries, the report also pinpoints the human costs of the social and economic transition. 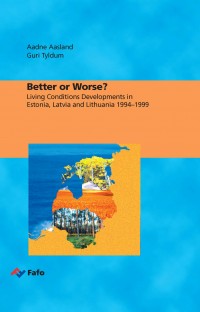