This report deals with the possible effects of the forthcoming enlargement of the EU on the migration of Baltic labour towards the Nordic countries. Based on data from a living condition survey in the Baltic countries, the proportion of each country’s population that intend to migrate is described, as well as some of their main characteristics. The findings are related to data on former migration and economic incentives for migration. Finally, the report briefly treats the challenges increased migration entails for the area of control and regulation of wages and working conditions. 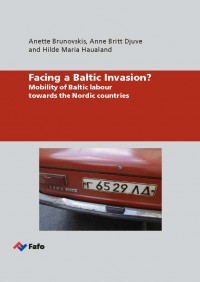