The tax reform that came into effect in 1992 represents the most wide-reaching reform of the tax system in Norwegian history. The reform lowered the tax rates for both individuals and businesses drastically, cut down a whole forest of deduction schemes, and established new governing principles for tax policy. This instance of fundamental policy change is the subject of the present study. 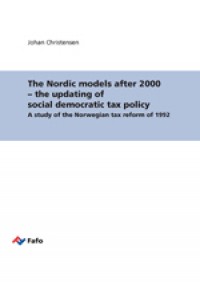