Based on ethnographic fieldwork in the Sunni-village of Bebnine and a national opinion poll, the report "Ambivalent Hospitality" investigates how Syrian refugees and Lebanese citizens cope with and respond to challenges caused by mass displacement.

More than two years into the Syrian conflict, Lebanon has received the largest number of Syrian refugees. Lacking refugee camps, the refugees settle across the country where they depend on UNHCR, local charities and their own livelihood strategies for survival.

Lebanese attitudes towards Syrian refugees are characterized by ambivalence. The host communities have been remarkably hospitable and continue to support the refugees. At the same time, intensified labor competition and the perception that Syrian refugees are given preferential treatment is generating growing resentment. 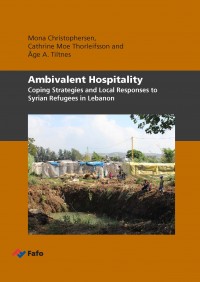