This report presents the results of a study of the street children population in two West African cities: Bamako in Mali and Accra in Ghana.

The report is the third in a series of working papers from a Fafo research program on trafficking and child labour, generously financed by the Norwegian Ministry of Foreign Affairs. 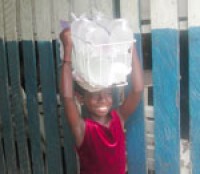