This tabulation report presents the results from a survey conducted in Greater Cairo, 2013. The main goal of the survey is to explore the nature of language attitudes and practices in Egypt. The importance of the subject lies in that Egypt is not only in the midst of political upheaval, but also a linguistic one. The Arabic standard language (fusha), which has been regarded as the dominant high variety, is now being challenged by the rise of colloquial Arabic (‘ammiyya) in both writing and teaching. This survey is the first attempt of mapping the extent and nature of this development. Some of the questions addressed are: How widespread is the use of written ‘ammiyya? How is the increasing use of written ‘ammiyya perceived by literate Egyptians? Is there a link between people’s political and social attitudes and the way they look at language? 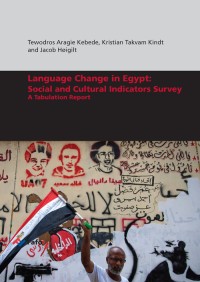