In 2004–2006, Fafo and the Central Bureau of Statistics (CBS) of Syria cooperated in a project aimed at enhancing the capacity of the CBS and some of her Syrian partner institutions to collect, and in particular analyse, comprehensive household survey data. In addition, the project was to provide high-quality labour market and living conditions’ statistics to serve as input into Syrian decision-making and policy formulation processes.

This report is the result of analyses made in conjunction with a series of training workshops that Fafo conducted in Damascus in 2004 for professionals from the CBS, the SPC, Damascus University, Teshreen University, and the Agency for Combating Unemployment (ACU). While the ILO framework was the foundation of the analysis, a more «popular» understanding of work and unemployment is also presented here. Accordingly, the report presents comprehensive, descriptive labour force data covering core themes such as labour force participation, employment, unemployment, and underemployment. 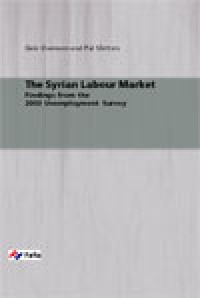