This report is the result of an assignment from FORUT to Fafo Institute for Applied International Studies. It is part of the FORUT project Alcohol, Drugs and Development supported by Norad.

Drinking alcohol is not very common among the Sierra Leoneans; only ten percent of the adult population have been drinking during the last year. The polarised drinking habits exposed in this study fit well with the general picture emerging from other studies of alcohol consumption in Africa. Some people drink a lot and use a lot of drugs, and some of this consumption is quite open; this is particularly the case in Freetown. Such observations may easily lead us to think that the problem is larger than it actually is in Sierra Leone. 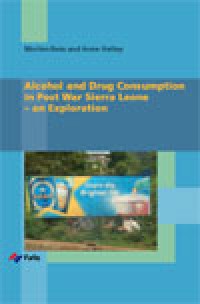