Climate change is said to lead to conflict, as available resources dwindle and the competition for resources increases. From this perspective, the report “Climate to Conflict? Lessons from Southern Ethiopia and Northern Kenya” attempts to explain the relationship between environmental/climatic factors and the conflict dynamics in the Horn of Africa. Through its analysis and conclusion, it has shown that deterioration in the climate and environment alone may not lead to conflict, as local populations have learned to adapt to their environments. It is when it becomes connected with other social, political and economic factors that exacerbate scarcity that conflicts become more likely. 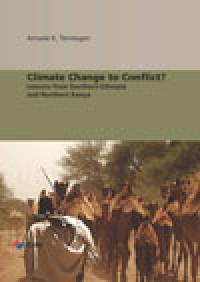