Global banking has provided services to a long list of money launderers, diamond and timber smugglers, terrorists and corrupt officials, and traffickers in people, guns and drugs. Bank staff may have been knowing or negligent but, in most cases, the institutions themselves did nothing illegal. The problem lies not in the institutions, but in a system of international regulation that failed to create legal norms or regulatory mechanisms to prevent abuse. Illicit Finance looks at the global challenges presented by illicit finance, its role in helping to sustain armed conflict, and efforts now underway to meet these challenges. The report was commissioned by PICCR as part of the Economies of Conflict research project, which examines the links between certain private sector activity and armed conflict. 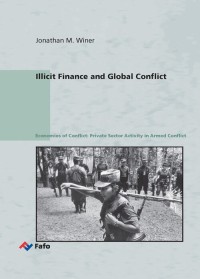