The first goal of this report is to furnish the social partners in Norway and Brazil with basic knowledge about the patterns of industrial relations in the two countries. The report provides an insight into the labour market, the trade unions and employers’ associations, the contents and structure of collective bargaining and the relations between the social partners at the national and the company level. While these patterns are very different in many respects, there are at the same time striking similarities, such as the fact that both countries have relatively strong trade unions and employers’ associations.
The second goal is to look into labour relations within subsidiaries of Norwegian companies in Brazil. As there is an increasing number of Norwegian owned companies operating in Brazil, it is interesting to examine to which extent these companies bring with them Norwegian business culture partly or in its entirety. This examination is useful with a view to explore if, and how, attractive parts of Norwegian industrial relations can be introduced in Brazil, and to ascertain the main obstacles to such a transfer of good practice. 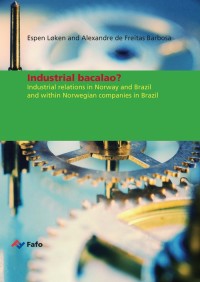