Out of a population of about 180 million people in the SADC region, less than 1 out of 10 has a job in the formal sector. The rest are unemployed or struggle to find a means of survival in the informal sector or in subsistence farming. To have a job or not, has become a “to be, or not to be” in countries with few, or no, safety nets. At the same time, a large portion of those within the formal sector labour market earn less than poverty wages.

Child labour, HIV, labour migration, low skills levels, tenant labour systems and poverty within the labour market pose further political and economic challenges for the SADC countries and for regional integration. Simultaneously, approx. 40 percent of those in formal sector employment are organised and new institutions and negotiation bodies are developing to deal with these challenges.

This report focuses the labour markets in Southern Africa as the critical arenas for development towards growth and redistribution in the future. 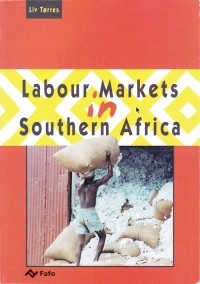