“Closure” means Israeli restrictions on Palestinian movement of persons or goods across the border between the West Bank or Gaza Strip and Israel, and also internally within the Occupied Territory. The current closure has been in place since the beginning of the escalation of the Israeli-Palestinian conflict – the second Intifada – that started in September 2000.

This report examines the socio-economic effects of the closure of Jericho in the West Bank, a city whose economy being based on agriculture and tourism was deeply integrated with external markets prior to the closure. Its primary data were collected by two researchers from Fafo Institute of Applied International Studies and a local assistant during a two-week fieldwork in late May and early June 2001. 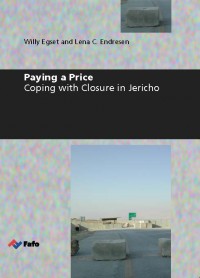