This policy report critically examines the preliminary impact and implications of the zero-tolerance policy towards sexual exploitation and abuse in the UN peacekeeping missions in Haiti and Liberia, using the organizing principle of protection. It argues that the missions have taken different approaches to implementing the zero-tolerance policy according to different primary referents of protection: in Haiti, the UN image was primary referent, resulting in a minimalist approach to implementing the policy; while in Liberia, the local population was the primary referent, resulting in a more maximalist approach. The report also examines some unintended consequences of the zero-tolerance policy, and lays out findings of particular relevance for policymakers and practitioners. 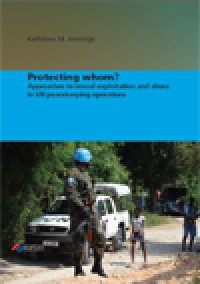