Forskere på Fafo: Anne Mette Ødegård, Jon Horgen Friberg, Rolf K. Andersen, Mona Bråten The report summarises the findings from a national survey on Norwegian companies use of labour from Central- and Eastern Europe. The survey was conducted in the winter of 2009 among companies in the construction-, manufacturing-, hotels- and restaurant sectors. The report gives information on the share of companies that employ, hire or subcontract migrant labour, and the companies' motivation, experiences and future plans. The results are compared with the findings in a similar survey from 2006. The projcect is funded by The Research Council of Norway. 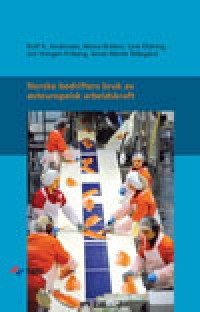