Leaving the past behind?
When victims of trafficking decline assistance
Anette Brunovskis and Rebecca Surtees

While many victims of human trafficking for sexual exploitation are assisted within the numerous anti-trafficking programmes developed in countries of destination and origin, an increasingly noted trend has been that many identified victims decline the assistance offered to them. To date, little systematic knowledge has been available on why this is so, and what the consequences are. This report analyses the issue based on interviews with 39 victims of trafficking and 13 women and transgender persons in street prostitution whose status with respect to trafficking could not be determined, as well as a large number of anti-trafficking actors, in Albania, Moldova and Serbia.

The authors found that victims decline assistance for a large variety of reasons, stemming from their personal circumstances; because of the way assistance is organized; and due to factors in their social surroundings, including negative assistance experiences in the past. Many do not accept because they feel it is not a real option, and are left to cope on their own with unattended post-trafficking problems. The insight that victims who decline often have other assistance needs than those catered for within the assistance system today should be incorporated into future assistance planning and design. 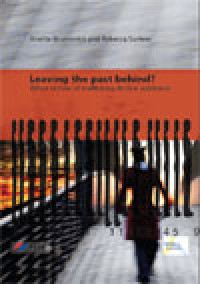