Labour market information in South Africa is critical to policy development, yet controversial and filled with large gaps in knowledge. On that background, the Mesebetsi labour force survey was conducted with 10 000 household interviews at the end of 1999 and early 2000 in order to shed new light on important aspects of the labour market. In this report, Fafo presents the first results from the survey. We look at employment, demographics, wages and distribution. We also focus on people's work status, employment and underemployment, basic conditions of employment, labour relations, occupationand organisation of work. 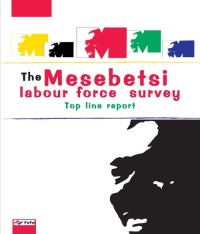